7 Social Media Mistakes That Could Damage Your Career 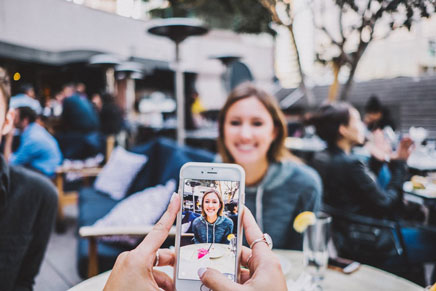 Complaining About Your Job or Boss

Putting your complaints out there for the world to see is never the way to go, especially when you have something to say about your job or your boss. Even when you think your posts are safe from your boss, a colleague might be able to forward it to him or her.

Even if that one comment doesn't hurt your job now, it could come back to haunt you later. A future potential employer might see it and decide that you're not worth hiring since you've badmouthed your employers in the past.

The thing about job offers is that they're sometimes confidential. Just because you have the job offer doesn't mean it's a sure thing, and if you break that confidentiality right off the bat, your employer may see you as untrustworthy and revoke the job offer.

Definitely don't say anything negative about the job offer! Mashable reports on a woman who posted, "Cisco just offered me a job! Now I have to weigh the utility of a fatty paycheck against the daily commute to San Jose and hating the work."

Unfortunately, a Cisco employee saw the post. She lost the job before her first day.

The typical career counselor might advise you to stay away from bikini pictures, drugs, and profanity to avoid losing your job. Forget about those little mishaps for a second and think about one of the biggest things that can damage your career: plagiarism.

This is an important one, because plagiarism is completely unacceptable in the business world. It will follow you throughout your career, whereas a rant or two won't always prevent future employers from hiring you. Plagiarizing is like screaming, "I'm incompetent and lazy, and I lack integrity!"

It's not just about keeping your professional accounts free from plagiarism, but you also have to hold your personal accounts to the same standards. Are you posting a photo? Give the photographer credit. Quoting an article? Cite the author.

It might seem like no big deal to use texting language on social media, especially when it's convenient while posting on your iPad Air or when you can't make your tweet fit otherwise. However, chances are you're better off spelling everything out. Otherwise, you could be losing jobs because of it. A Jobvite survey found that 66 percent of employers look negatively upon poor spelling and grammar on social media.

Any comment meant to offend another person or group could cost you your job. For example, CNN reports on an incident where a former Washington National radio show producer drunkenly tweeted an inflammatory and racist comment about the people of San Antonio after his team lost a game.

Others on the radio show were not amused and fired him for his comment. Wherever you are on the Internet, avoid posting offensive comments like this, even if they're meant as a joke.

Yes, even if you're over 21, this behavior could cost you your job. In 2009, a teacher named Ashley Payne posted a photo on Facebook of her visit to a brewery while she was on vacation.

Naturally, she had a glass of wine and a beer in her hand. Due to a complaint from a student's parent, the school district suspended her. Steer clear of these photos no matter the situation.

This article was sourced from https://www.careercast.com/career-news/7-social-media-mistakes-could-damage-your-career